Harry Potter and the Prisoner of Azkaban – Reread Review (Myriam) 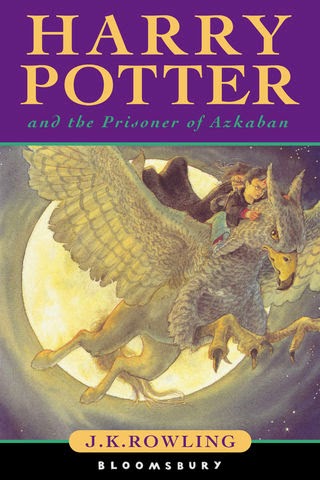 Alright, on to the third book, my all-time favourite! I feel like this is where the series really kicks off.  This book is jammed packed with information and new characters. Let’s jump right in, shall we?

First off, we have the blowing up of Aunt Marge incident, which Harry is sure will get him expelled. Therefore, he is brave enough to leave the Dursley’s, without thinking of what might happen to him. It is at this point that Harry is picked-up by the Night Bus, a three-decker with beds that travels in a rather unsafe manner. This little escapade of his introduced us to a new dimension of the Wizarding World. It reminds us that it is ever present even in the most seemingly boring of neighbourhoods. This is a good point to remember as the author shows us time and time again that the Wizarding world was never out of reach to Harry. For example Ms. Figg has been a part of his life for a long time now. Apart from not being reprimanded by the Minister of Magic, Harry’s summer is one of the best he’s ever had. Living at the Leaky Cauldron and doing as he pleases in Diagon Alley. What more could a wizard ask for? Harry never suspected he was in any danger.

Harry Potter and the Chamber of Secrets - Reread Review (Mario) 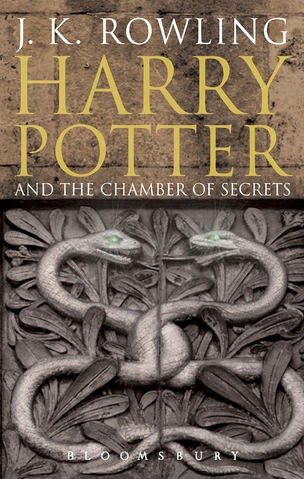 While Harry Potter and the Philosopher’s Stone is an excellent introduction to the series, Harry Potter and the Chamber of Secrets brings it all up a notch. We get less Dursleys, more Weasleys. We get more Hogwarts, more Quidditch, more Voldemort, more magical creatures, more characters, more magic and, the best of all, a more concise and interesting story. Like the first book, this one is also a mystery and it’s probably one of Rowling’s best mysteries*. Rowling also adds a real sense of danger to the school. Unlike the first book where the teachers felt confident their spells and defences would prove a suitable deterrent to anyone trying to steal the Philosopher’s Stone, some of them seem genuinely frightened at what happened at Hogwarts during Harry’s second year.

I always found it a little strange when people talk about the Potter books getting “darker and darker” as they progressed. Dude, things were pretty freaking dark by the second book. Rowling brings forth interesting and important social themes to the forefront, without maybe even realizing how predominant some of these ideas become later on in the series. Rowling introduces pure-bloods, Muggle-borns (also known as mud-bloods) half-bloods and squibs. This is world building of a pretty serious kind, something that is echoed through real world history on how people treated each other based on their differences and heritage. The idea of wizard eugenics will become increasingly important to the series and it’s a pretty daring topic for Rowling to tackle, particularly in what is often considered to be a series of children’s books.
Read more »
Posted by Mario Lebel at 19:34 No comments:

Harry Potter and the Chamber of Secrets - Reread Review (Myriam) 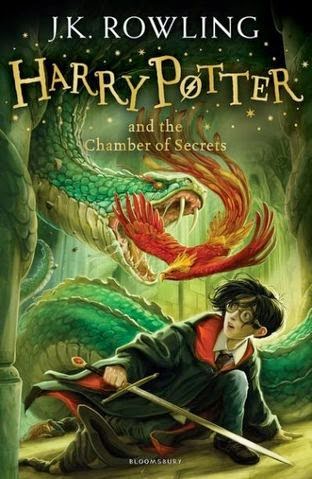 Hello again!  So once I read the first book, I got through the second one pretty quickly. I guess I am now in the groove of this project. Or, it could be the Harry Potter addiction kicking in again...

This book starts off with the introduction of a new character: Dobby the house elf. He might seem insignificant at first, but turns out to be quite meaningful. Although he tries to help Harry, it always seems like he is working against him, to the point of nearly killing him a few times. But you know, Dobby’s heart is in the right place. This creature has been serving the Malfoy’s and is therefore very aware of his master’s intentions. He knows a lot of information, including the diary plot, as well as the history behind the opening of the Chamber of Secrets. Living with the Malfoys, he must also be aware of many details of Voldemort’s “reign”. He is a valuable character to Harry as he can be a great source of information, not to mention a loyal friend. 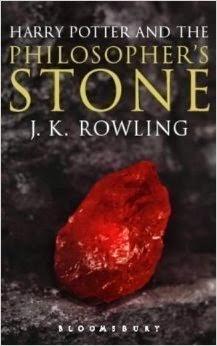 I read Myriam’s reread review before it went up on Shared Universe Reviews and I was delighted to see she wrote different things than I did about the first book. There were, of course, some similarities but as always, different people can like the same thing for different reasons. For the purpose of my post, I’ll focus on the differences between my appreciation of Harry Potter and the Philosopher’s Stone than Myriam.

One of the great things about rereading a series, especially a fantasy or science fiction series where world building plays a considerable role, is seeing old things with a new perspective. It can be a double edged sword however because world building is something that’s done progressively and sometimes things from earlier on in the series won’t always match up seamlessly with some of the later novels. It’s more problematic for some series and less for others but I have to admit, that Philosopher’s Stone being J. K. Rowling’s first published work, it holds up pretty darn well to a sober second look. 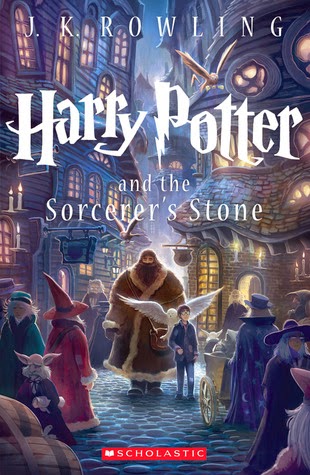 It is very interesting to reread the first book of a series after having finished the last. You read with an entirely different perspective. You are more keenly aware of minute details that, at first seem unimportant, but take on an entirely different scope when seen in a new light. I believe this is why I am enjoying the reread so much, it’s because I have a whole new outlook on it all. It’s an entirely new discovery process, we have come full circle. You know how sometimes it’s nice to eat dessert before dinner? I feel that way about rereading the series once you know how it ends. It’s a real treat!

In the first chapter of the book, on the night Harry is dropped on the Dursley’s door step, we know exactly what led up to that event, what went down in Godrick’s Hollow. It feels like you are privileged to certain information that the characters in the book are not. We surely recognize Sirius’ motorcycle right away and understand the symbolism of Harry’s godfather being present in his life when he has just lost both his parents. The fact that Hagrid was riding the motorcycle represents the “parental” role he will one day play in Harry’s life. Basically, Hagrid arriving on Sirius’ motorcycle foreshadows that Hagrid and Sirius will somewhat become surrogate parents to Harry. 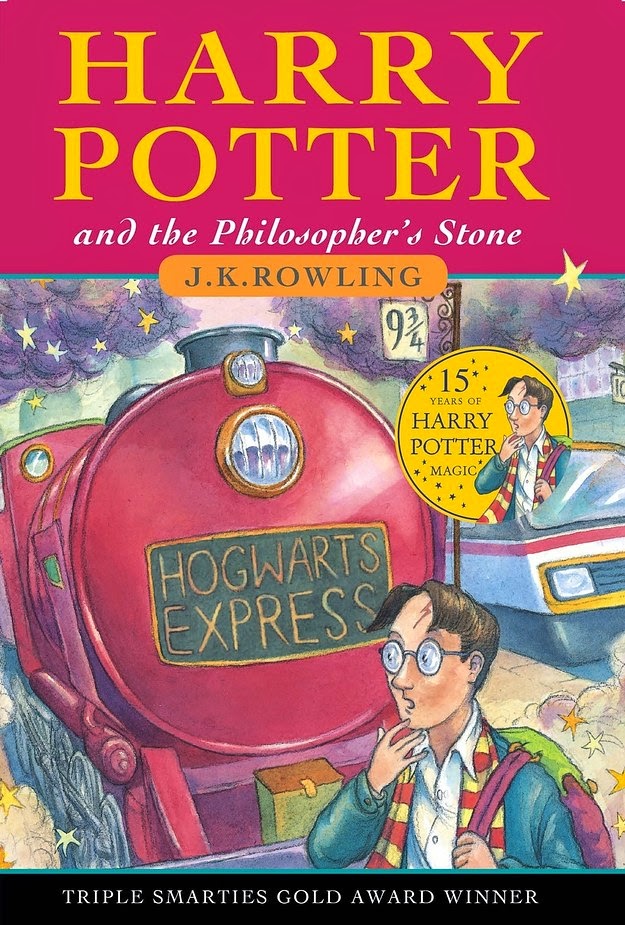 I am thrilled to be working alongside my brother on this new project, my first ever blog experience. Let’s just say I’m happy Mario will be dealing with the more technical aspects of this endeavour. I’d like to start off by saying that I became an avid Harry Potter fan thanks to my brother. I vividly remember that Christmas on which he received the books. The next day, he basically recited the entire first book from memory. I might add that it was the most detailed recitation I’d ever heard. I therefore didn’t even have to read the first book for a couple years, seeing as I had been told the entire story!

All kidding aside, I only started reading the series after seeing the first movie. That was a very memorable event. It came out on November 16, which was a Friday. Seeing as there was no movie theatre in our small town, my siblings and I were not very hopeful of seeing the movie on opening night. That night, as most weekends, we went to visit my grandma in a slightly bigger town, which happened to have a theatre of it’s one. The game was on; it was four kids against one adult. My mother didn’t know what hit her; we managed to sneak a spot in the never ending line at the theatre (with the help of a few friends) and managed to convince her to let us see the movie. Since she was outnumbered by crazy fans, she gave in. During our wait in line, my mother received a call from our father (also a fan of the series), who worked in a city a couple hours away from the town we were in, telling her he had managed to get tickets for the entire family for the 10 p.m. viewing. Well, we were just ecstatic! We quickly ditched our spots in line to head to a bigger and better theatre for the full experience. Let’s just say the 2-hour drive was not going by fast enough. We were so excited and did not shut up during the entire trip. We made it in a nick of time, the previews were already playing. We all sneaked into the theatre and found the seats my dad had saved for us while my mother went to the washroom. That trip to the washroom seemed to have lasted a while seeing as my mother only joined us half way through the movie. It turns out she had entered the wrong theatre. When that viewing ended, and she didn’t find us at the exit, that she realized her mistake. She ended up watching the same half of the movie twice that night! I’ll never let her live that one down.

Regular readers might start to wonder if I’m creating too many ongoing projects for myself on the blog. That may be true, but the very nature of these projects, the fact that I label them and consider them to be ongoing, means that I don’t have to limit myself to just one project at a time. Besides, it also offers a bit more structure to the blog for people whose interests are specific to one of the topics or projects that I have.

Why is this project important? Well, to anybody who’s paid attention to the title, I’m introducing another project to Shared Universe Reviews and this time I’ll be accompanied by my older sister, Myriam. Together, for an undefined period of time, we will devout some of our time to re-exploring the Harry Potter series by J. K. Rowling, something neither one of us has done for several years.